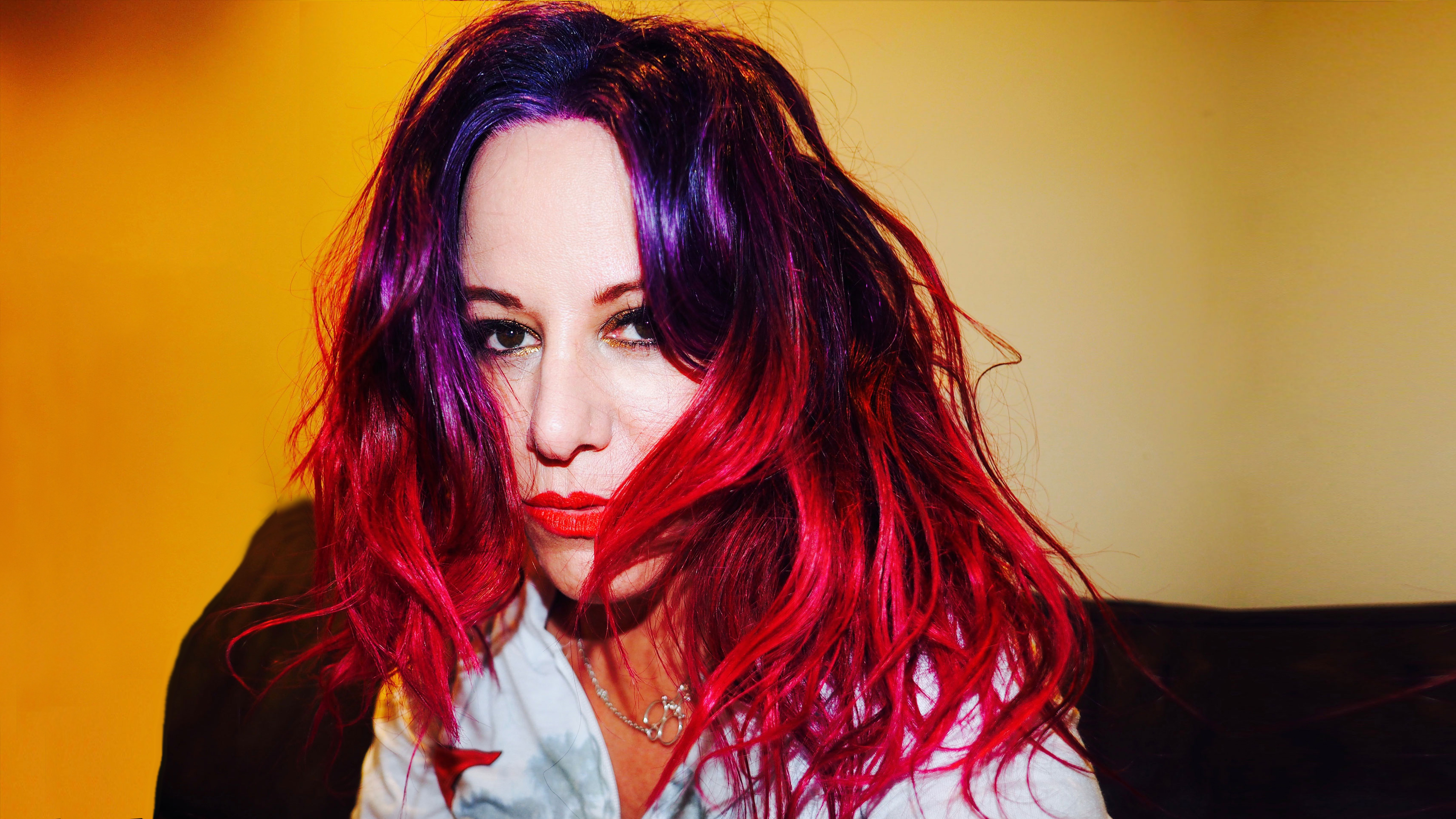 Jennifer Precious Finch was born August 5, 1966 in the Salvation Army Home for Unwed Mothers. In 1967 she was adopted by an Aeronautics Engineer named Robert Edward Finch and Sandra Jacobson. She was raised in Los Angeles and public school educated. Finch and Jacobson divorced in 1974, and Robert was awarded custody.

When Jennifer was nine she met Paul.Paul, a sixteen-year-old in the neighborhood would often get stuck watching all the kids on the block. Trying to avoid having to interact with the children and accept his unfortunate circumstances, Paul listened to The Ramones, Devo, and Elvis Costello to pass the time. He fed all the kids, including Finch, candy while they bounced around his home. Finch danced to his Blondie and Clash records and became engulfed in the music, so much so that she felt as if she were a part of it. This was her first introduction to punk music, or as she would refer to it:

Because of her newly sparked interest, when her father took her to the book store, she started buying books about punk music. She began taking guitar lessons and at age 11, and her father bought her tickets to a Ramones concert where she went accompanied by her guitar teacher, Mark Salerno.

At around thirteen years old, Finch, for no other reason than the fact that she wanted some adventure, became a chronic runaway. She started staying in hotels with older kids in the punk scene and was introduced to IV drugs at 14.

She began to photograph punk and hardcore bands around Los Angeles, earlier ones being the Cramps and The Dead Kennedys.

Finch began to resent institutionalized learning and was home-schooled from grades 9 to 11. During this time she was encouraged by her father, who was unaware of her drug use, to pursue her photography, which is exactly what she did.

She went back to high school in the 12th grade and graduated a semester early, finishing the year while attending community college at the same time. She went on to San Francisco State University for Computer Science and left after 2 years to pursue her music career.

In the early 1980s Finch met Courtney Love through Courtney’s then-boyfriend Jeff Mann. Over the years as teenagers, they talked about starting a band. Love decided she was going to call the band Sugar Baby Doll, based on a t-shirt worn by Finch’s friend Sandy White’s brother, who was later convicted for killing a child molester while wearing the shirt.

Courtney moved to San Francisco and Finch joined her after graduating from high school. Two weeks after she moved in with Love, the house they were living in burnt down. She started school at San Francisco State and pursued Sugar Baby Doll with Courtney and Kat Bjelland (Babes in Toyland). The three piece Death Rock band which was inspired by ethereal dream-pop bands like the Cocteau Twins was together in the mid 1980’s in San Francisco and played one show. This powerful line-up lived long enough to produce a demo that remains unreleased.

After visiting Los Angeles throughout her time in San Francisco, around 1985, Finch saw friends Pete Weiss of Thelonious Monster and Scott Morrow of the band, The Fiends.   Both informed Finch at separate times that a woman at the LA Weekly was looking for a bass player. That woman was Donita Sparks who had joined with local LA spoken word pioneer Suzi Gardner to form L7.   After encouragement from yet another friend, Jula Bell of Bulimia Banquet, and later during a visit to Amsterdam Guy Pinhas of The Obsessed, Finch left college and moved back to Los Angeles to join L7 in 1986. In 1987 the band was signed to Epitaph by friend Brett Gurewitz of Bad Religion. During this time, Finch worked as a booker for Triple X Records and booked bands like Dave Grohl’s pre-Nirvana band, Scream. She was also responsible for GWAR’s and the Lunachicks first performance in Los Angeles

Meanwhile, Courtney Love, who was working in a record store in Portland, sent Finch Mudhoney’s TOUCH ME I’M SICK EP and a Nirvana EP, in an attempt to urge her to move out of Los Angeles and join the growing Seattle music scene. Finch did not go North, but while playing later at an L7 show, she was overheard talking about Nirvana, and was approached by a girl who said her mother worked for a label called Subpop. Finch contacted Subpop and spoke to Danny Bland, Subpop’s booker who was also in the band Catbutt. Bland made arrangements for L7 to play for Subpop and they signed a record deal, becoming the first Single of The Month in 1990. L7 toured with Nirvana through Europe. Upon returning, they started Rock 4 Choice, a fundraiser done in conjunction with the Feminist Majority. The show featured L7, Nirvana and Hole. It was at this show that Courtney Love met Kurt Cobain for the first time.  Over the next 4 years, L7 recorded 5 full-length albums, various compilation records, appeared as actors, and recorded a song for the John Water’s film “Serial Mom”. L7 toured with Nirvana, Pearl Jam, Smashing Pumpkins, Beastie Boys, and on the first Warped Tour and Lollapalooza. They also performed at the Reading Festival, Finsbury Park Festival, Glastonbury, and various other European, Australian, and American festivals.

AND THEN?
In 1995 after Warped Tour and the death of her father, Finch adopted the middle name “Precious” as an homage to him (it was his nickname for her) and started Other Star People with Xander Smith. OSP signed to A&M records in a silent negotiation while Finch was still in L7. She officially left L7 in 1996. Other Star People recorded Diamonds in The Belly of the Dog and was produced by Roy Thomas Baker (Queen, The Cars, Devo) right before the label collapsed. Instead of being dropped, OtherStarPeople were moved over to Interscope. Although OSP did not have huge commercial success, their songs have well outlived the band in films like Office Space.

The Shocker was brought to Turkey by the Istanbul chapter of Turbojugend, the international fan club of Turbonegro, whom Finch cites as a heavy influence. Precious and her bassist Lisa Howe toured Turkey together as The Shocker and became the first western women to do a DIY tour of a Muslim country. This was followed by the release of The Shocker’s full-length album Up Your Asstray which was put out by Go-Kart Records.

During this time, Precious started her own label, Little Pusher Records, and released a demo by her latest band, The Shocker. The Shocker embarked on a US and European tour, and Precious temporarily relocated to Philadelphia.  In 2006, Finch produced a Ramones tribute record for St. Jude’s Children’s Charity. The album is for kids and sung by kids with guest vocals and music provided by various stars of rock, pop and punk music. The same year, an exhibit of Finch’s 1995 Warped Tour Diaries was featured at the Rock and Roll Hall of Fame. The exhibit included a wall-sized letter written by Finch concerning community-building of people on the road at the time of the death of her father.